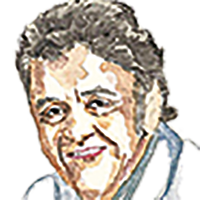 Marc Ségal, or how Woodie Waxx joined The Scills

Marc Ségal was fascinated by drumms since he was nine years old. Together with his brother he imitated the popular band ‘Shadows’ (70’s band) in a first band. Add to this the influences of The Beatles and UP TO DATE was born.

On the wellknown record label Ronnex “In the street” was brought out, yet under bandname WOODRUFF, a sequel to UP TO DATE that turned out to have the right ‘beatlook’.

What does one think when a record label giant such as Philips is watching you?
The years of one band after another were history and an ex-collegue and friend musician, played in Dutch rockband MAGENTA. De band was working on preperations for recording their first album, that carried the titel of this band “Magenta”. Such an offer Marc SEGAL couldn’t refuse.

It became an adventure that made Marc Ségal and the band “Celebrities-avant-la-lettre”. Many airplay and TV-shows followed. The Netherlands were interested and the celebrityride was a fact, countless performances and a regular tourcircus with a bandshow followed. Among the artists who toured with them were Zjef Van Uytsel, Urbanus, Wim De Craene, Johan Verminnen and many others. The cooperation became moreover a connection with artists such as Rob De Nijs, Robert Long and Astrid Nijgh….

To be able to meet Abba, more even, to get to know them personally, one should participate in preselections of the Eurovision Songcontest. Abba had won the year before with “Waterloo” and they were the guests during the final broadcast. The target of the band with Marc was to obtain some TV performances, and they got eight of these.

The second album “De Lifter” was recorded but no longer matched the succes of the first record, the guitarist quit and eventually singer and keyboardplayer remained. The succes story ‘Magenta’ was trough.

During that same period another trio was operating: Lennert, Messagie & DAGHELET…

Indeed, they had worked with Jean-Pierre DAGHELET a few times before.
Years later Marc SEGAL and Jean-Pierre DAGHELET met again, but this time as sessional musicians. They play together in coverbands and bluesbands and in a dancing orchestra with a lot of accompaniment work. Together they gave ‘masterclasses’ and they met Leo JANSSENS who, with Tom NASO will eventually create the Scills-pop-sound: The Scills!

MARC SEGAL, member of:
The Scills, more than a popband !