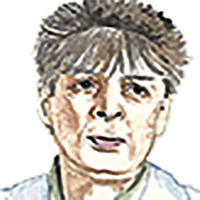 The year is 1973, JEAN-PIERRE Daghelet brought out his first vinyl record and this in cooperation with the fameous trio at the time Lennart, Messagie & Daghelet. And so “And I love her” turned out to be a real bulls’ eye, for Benelux, France and Germany were at their feet.
With this line-up they had two more singles, “Sleeping with my dog” and ‘You can make it better’. These songs at the time were wellplugged on the national BRT-radio and TV. There were no pirate broadcasts back than, but the predecessor of VRT had somethimes a few million listeners.

EMI was THE recordlabel worldwide back than, they had a sistercompany IBC, that the band signed a first contract with in 1976. The bands name changed for this occasion to HUSH.

And yes, another bingo: their first single “Oh me oh my” was another hit. TV in Germany for Musicladen. Avro’s Toppop and our national TV broadcast helped their succes further along. Soon a few more singles and a record that sold 20.000 copies followed, and that was just in Belgium.

In 1979 the ‘teenybobber’-band succes” faded. Then Jean-Pierre Daghelet started a new band with the Hush bandmembers, BOXER, and they had a new deal with the one big record boss in the industry, JOHNNY HOES. A legendary song was recorded “Break it up”, which definetly didn’t underscore in 1980. In 1986 this song was rerecorded by a certain CARL LEWIS, the atlete with six gold medals at the Olympics that year. This was huge in the entire world! A mega hit.

After this writer-composer JEAN-PIERRE DAGHELET kept writing songs for well and lesser known artists, such as:

JEAN-PIERRE DAGHELET, member of:
The Scills, more than a popband !